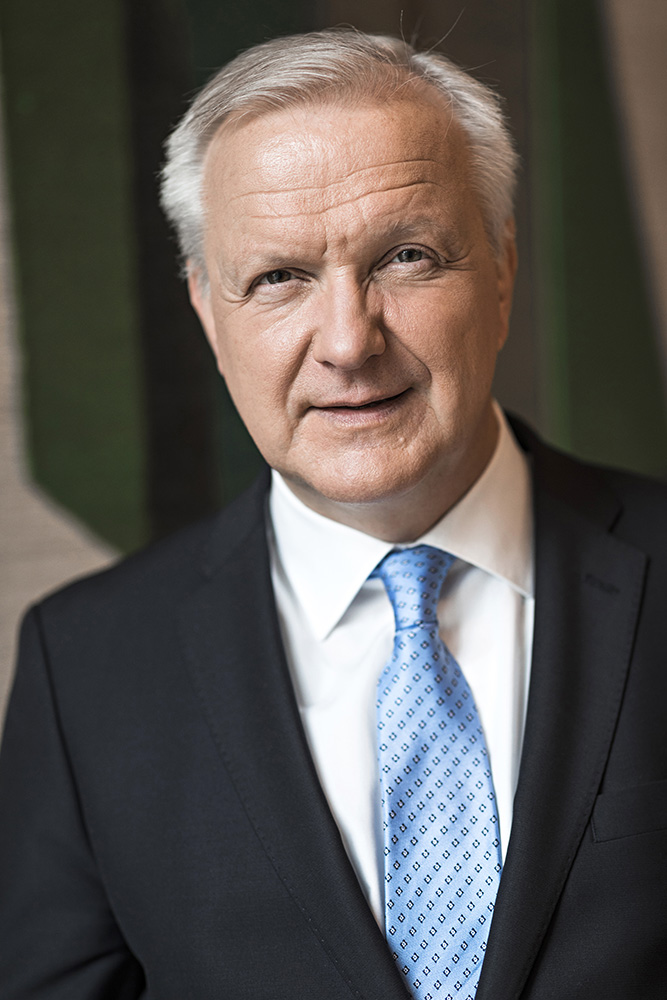 Governor, The Bank of Finland

Finnish work in times of economic and technological transformation

Economic outlook in the Eurozone and Finland has deteriorated (slide 2)

Thank you for inviting me to speak at this forum about a topic that is important to all of us: work life in Finland.

At present, discussions on employment and the labour market in Finland are underpinned by an exceptionally difficult security situation and financial conditions. The aggressive war waged by Russia against Ukraine has led to a rapid deterioration of economic outlook, both in Finland and throughout Europe. Increasing energy prices are accelerating inflation and placing a heavy strain on the profitability of companies and general tolerance of households.

Finland’s growth prospects are weaker now than they were in the spring. The latest short-term prognoses predict that our economy will clearly decline in the third quarter. Consumers’ trust in their own finances and in the financial situation of the country has sunk to a record low.

In addition to the poor growth prospects, Finland has also been experiencing rapid inflation, albeit slightly lower than in the Eurozone on average.

The downward economic trend is also affecting the labour market. The actual development in employment has been notably good in light of the circumstances and the employment rate has been continuously increasing since 2016; the current trend of the employment rate is 74%. However, despite all this, the overall outlook is not all positive. We must also note that the majority of growth in employment has come from part-time employment; part-time employees account for about 18% of the employed. The total number of working hours worked in Finland is still lower than it was before the COVID-19 crisis.

The changed interrelation between the employment rate and working hours worked was one of the main themes at the U.S. Federal Reserve’s Jackson Hole conference in Wyoming, which I recently attended.  A study covering the past two decades(1999–2019) and data from 19 countries revealed a strong common trend: the employment rate has gone up (on average by 5%), while at the same time the amount of working hours worked has gone down, both per capita (- 5%) and per person employed (- 9%).

The increased share of part-time employment may reflect voluntary personal choices such as combining the care of small children at home with work, or older employees’ desire to cut back on their workload. Undoubtedly, the development of technology has also enabled a broader spectrum of employment relationships. On the other hand, the pandemic and the currently ongoing war have increased uncertainty, which may have made companies more cautious about filling full-time vacancies.

The apparent change in the interrelation between the employment rate and working hours worked also has impacts on the macroeconomy. If we overlook this change, we may easily overestimate the potential production of the national economy as well as the tax income, which, of course, affects the public economy. For these reasons, additional research into this topic using Finnish data would be more than welcome.

Are we patient enough to look beyond the period of rapid inflation? (slide 4)

The escalating energy crisis and significant increase in consumer prices is decreasing household purchasing power, and this has naturally led to demands for compensation both through salaries and social security benefits. In light of the general salary increase trend – with reference to the agreements made by Technology Finland and the Industrial Union – the competitiveness of Finnish labour and Finnish companies in comparison with competing countries seems to be remaining steady for the time being. With regard to our competitiveness, the salary negotiations conducted this autumn will be of more significance.

Aino Silvo (D.Soc.Sc.), Senior Economist at the Bank of Finland, has studied the impact of salary increases in domestic industries on the cost development in the export industry. Her research results indicate that a one-percent increase in salaries outside the industry – i.e. in domestic industries – leads to an increase in industry costs roughly equal to that following a corresponding increase in the industry itself. Therefore, it would be important to stick to the Finnish model based on salary increases in the export industries, which is at risk of collapsing.

If we are patient enough to look beyond the period of rapid inflation, we will be able to maintain the competitiveness of Finnish labour and production and strengthen the purchasing power of Finnish wage earners in the coming years. However, if we find ourselves in a salary competition as we did before the financial crisis, we may lose our competitiveness quickly, especially given the current sensitive financial situation.

Maintaining our cost competitiveness is very important not only today but also in the next few years, as Finnish companies are ramping down trade involving Russia and seeking new markets for their products and services.

The Finnish labour market is also being affected by certain long-term trends: ageing, technology transformation and the green transition.

The ageing of the population is reflected, among other things, in the form of labour shortage in many professions: we have a shortage of nurses, programmers and waiters, for example. But is the shortage always absolute?

Labour shortage can be related to many factors. Salary is one; it has a steering effect, and some bottlenecks can be resolved with salary decisions. A wider-scale local agreement can be one part of the solution and steer the workforce towards areas where it is most needed.

Competence requirements are also a factor in the labour shortage issue. Are highly educated employees occupied in tasks corresponding to their competence, or are they using their time on tasks that do not require such high education? Could good recruitment processes and an appropriate division of tasks help align resources and tasks better? Have competence requirements (such as language skills, degrees and certificates) become generally too high? How about(low-pay) entry positions and learning on the job – could these be used to attract more employees to the labour market?

Before I move on to my summary, I’ll say a couple of words about the technology transformation. Technological development has always been reflected in the labour market but, despite this, total employment has remained amazingly stable over the decades. However, the contents of work and ways of working have changed.

As one outcome of the technology transformation, the position of platform workers, including platform-based entrepreneurs, has become an increasingly important question when thinking of the future of work life. Platform work is not just a sidetrack to the “normal” economy. There are nearly 30 million people working in the platform realm throughout Europe. This accounts for approximately 11 percent of the total workforce. This number is expected to rise to 43 million by 2025.

When talking about work in the platform economy, the key issue is the definition of employment relationships. Are Uber drivers and Wolt or Foodora delivery people entrepreneurs or employees? This issue has even been addressed in court, and new legislation has been drafted around the world. Indeed, clear rules are needed.

The rules of work in the platform economy should enable utilizing the potential for creating new jobs. This development entails issues related to regulation as well as social security. The main question is: How can we combine the employee’s right sand the freedom of entrepreneurship in the continuously growing platform economy?

It is also important to improve the position of sole entrepreneurs. On the one hand, we should lower the threshold for hiring a company’s first employee. On the other hand, we should make it easier for the unemployed to start part-time entrepreneurship. Unemployment and social security benefits could be developed to encourage self-employment. At the same time, the system should account for the various ways of working and enable flexible transitions from entrepreneurship to salaried employment and vice versa.

What we need now is fact-oriented, analytical discussion on the future of the platform economy and work within it – we must not close our eyes to the ongoing rapid transformation and keep believing that the familiar nine-to-five routine will continue prevailing. If we rely solely on market forces on the one hand, or keep vigorously pulling the brakes on reforming the labour market structures on the other, we risk spiralling increasingly steeply towards a two-tier society.

Summary: Financial outlook for Finland and the Eurozone getting grimmer – positive employment trend coming to an end (slide 6)

As was noted, the risk of a recession in the Eurozone and in Finland has increased in the past year, and the labour market is also facing challenges.

Looking at European statistics, we can see that the employment rate in Finland is lower than in Germany, Denmark or Sweden.

Our labour market faces turmoil every couple of years – lately, even every year – even though this is an “agreement society” where we should be able to settle salaries and employment conditions through negotiation. We have seen numerous disputes and cycles of industrial action.

In the long run, the most disappointing fact is that Finland, the former Pisa ranking superstar, has regressed to becoming an underachiever in terms of education outcomes, especially with regard to boys. At the same time, our population is ageing and we are facing an increasing shortage of skilled labour.

If we quietly accept this negative development, we are headed towards the fate of Venice: hanging on to past glory, while the ground is sinking under our feet.

We can make a different choice. We have all the prerequisites – not only to survive but to thrive, if only we can find a cure for this withering disease. What is required of the labour market is better negotiation and agreement, common rules to support flexibility, more efficient recruitment of international talent and increased work-related immigration.

The key factor is to restore trust between the different parties involved in the labour market. Such trust can still be found in companies, at least to a higher degree than in the system.

Once the current collective labour negotiations have been concluded and the dust has settled (as we hope it will), could we bring together decision-makers from the fields of politics, economy, business and labour market to discuss the challenges facing the Finnish economy and labour market in the current transformative situation in global politics and economy? Could we find a jointly agreed heading for Finland, at least with regard to the basics such as reinforcing productivity and employment?

This is at least worth trying, because time only goes one way. The rest of the world won’t wait, not even for the happiest nation in the world.

Thank you for listening.

Video of the speech 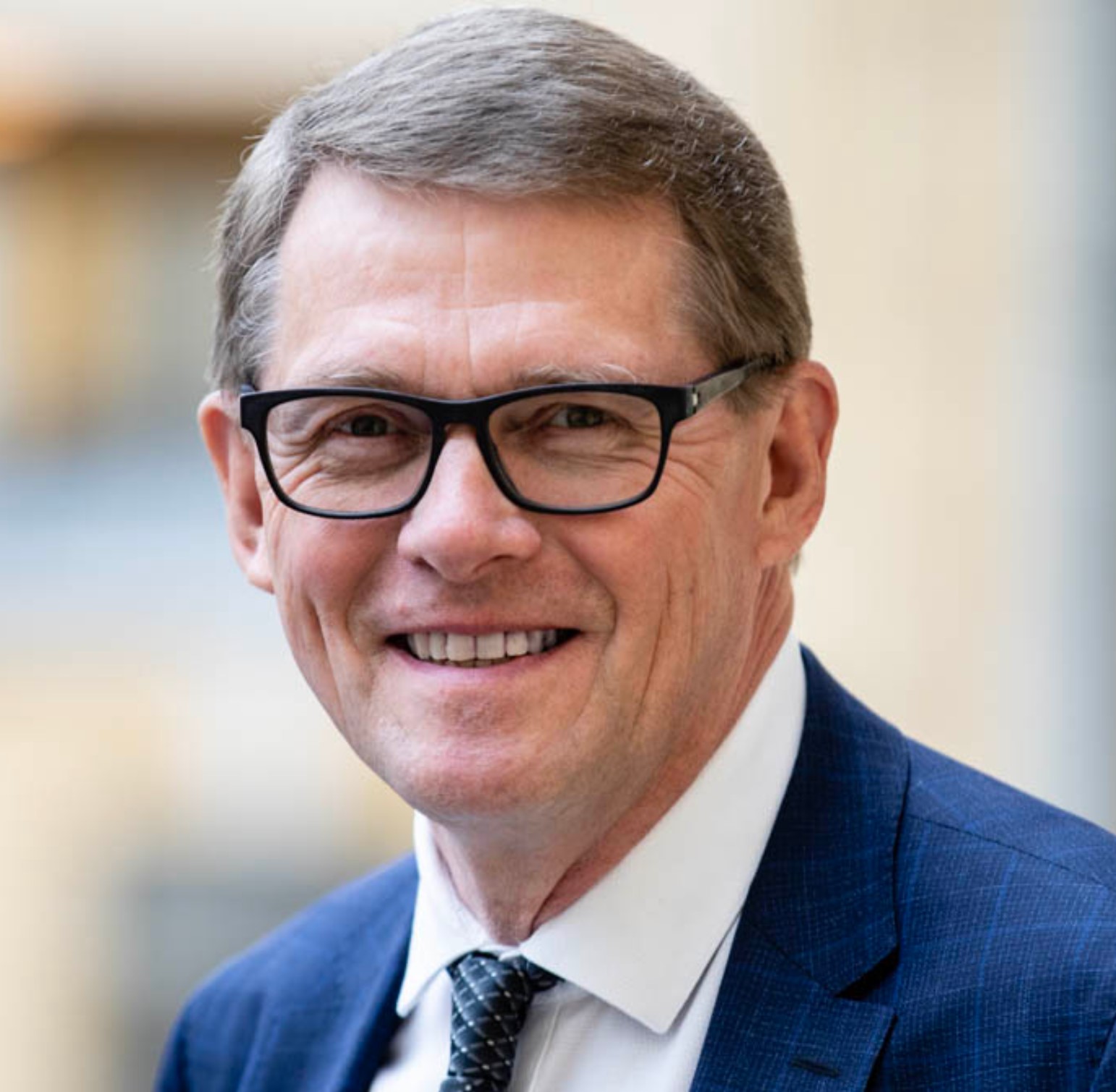 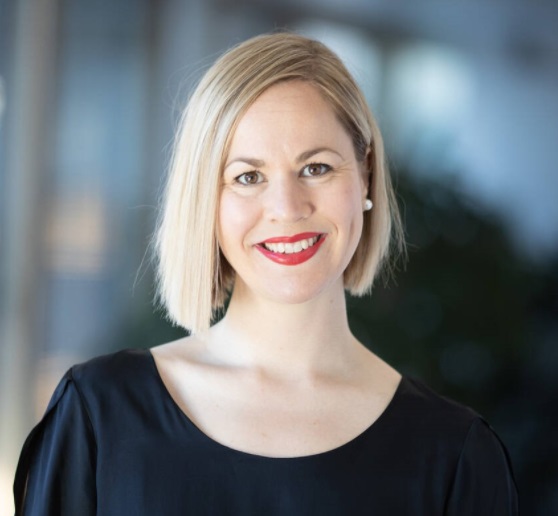 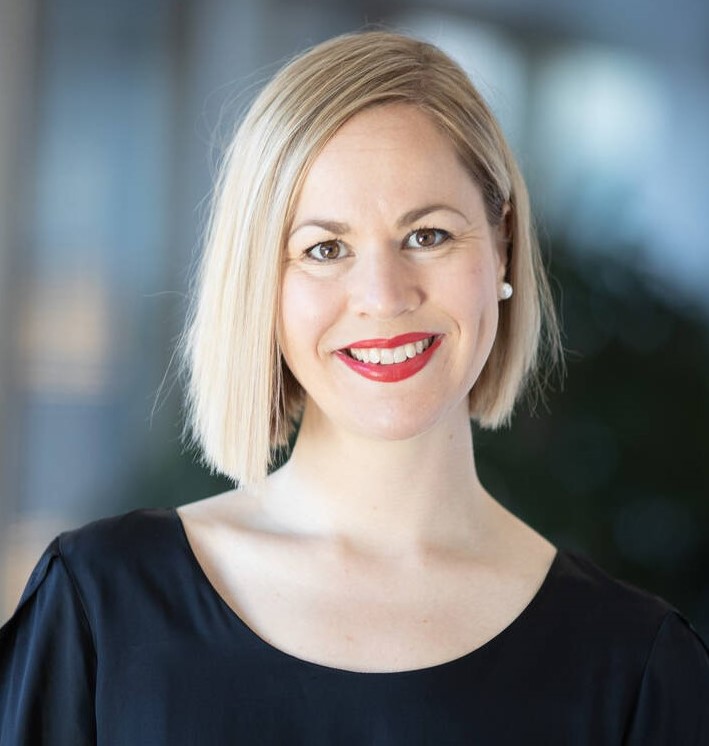 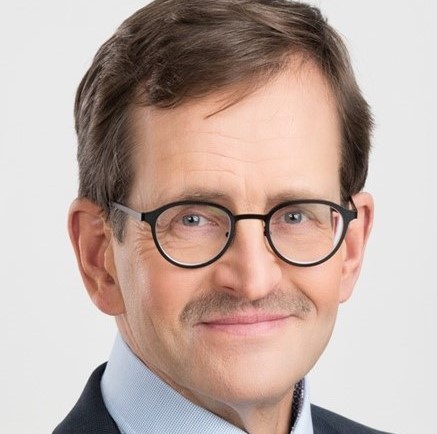 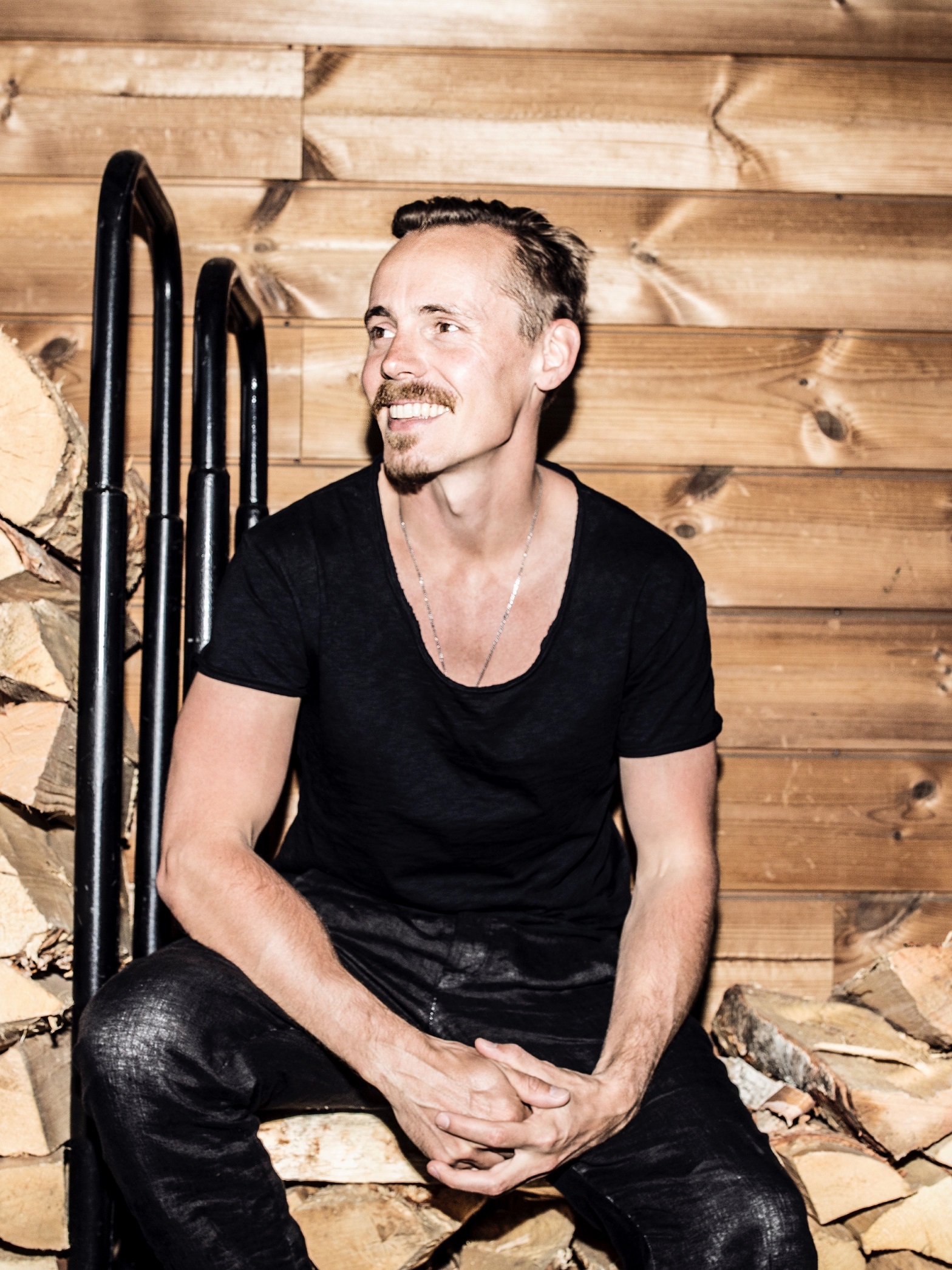 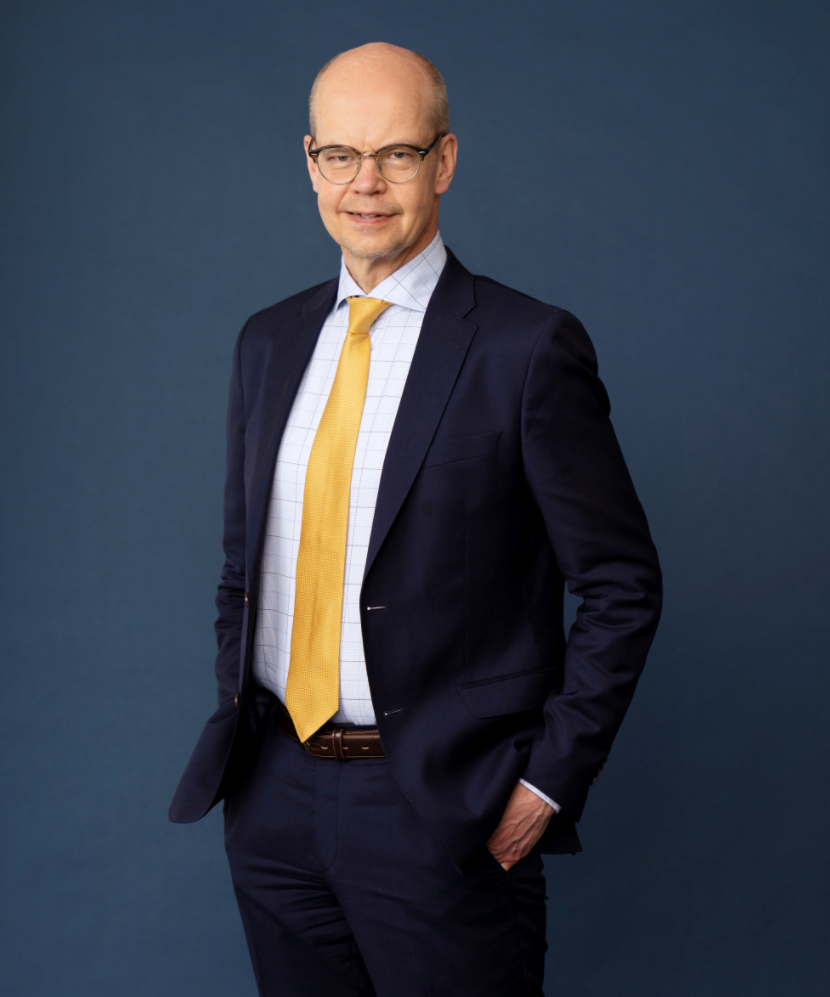 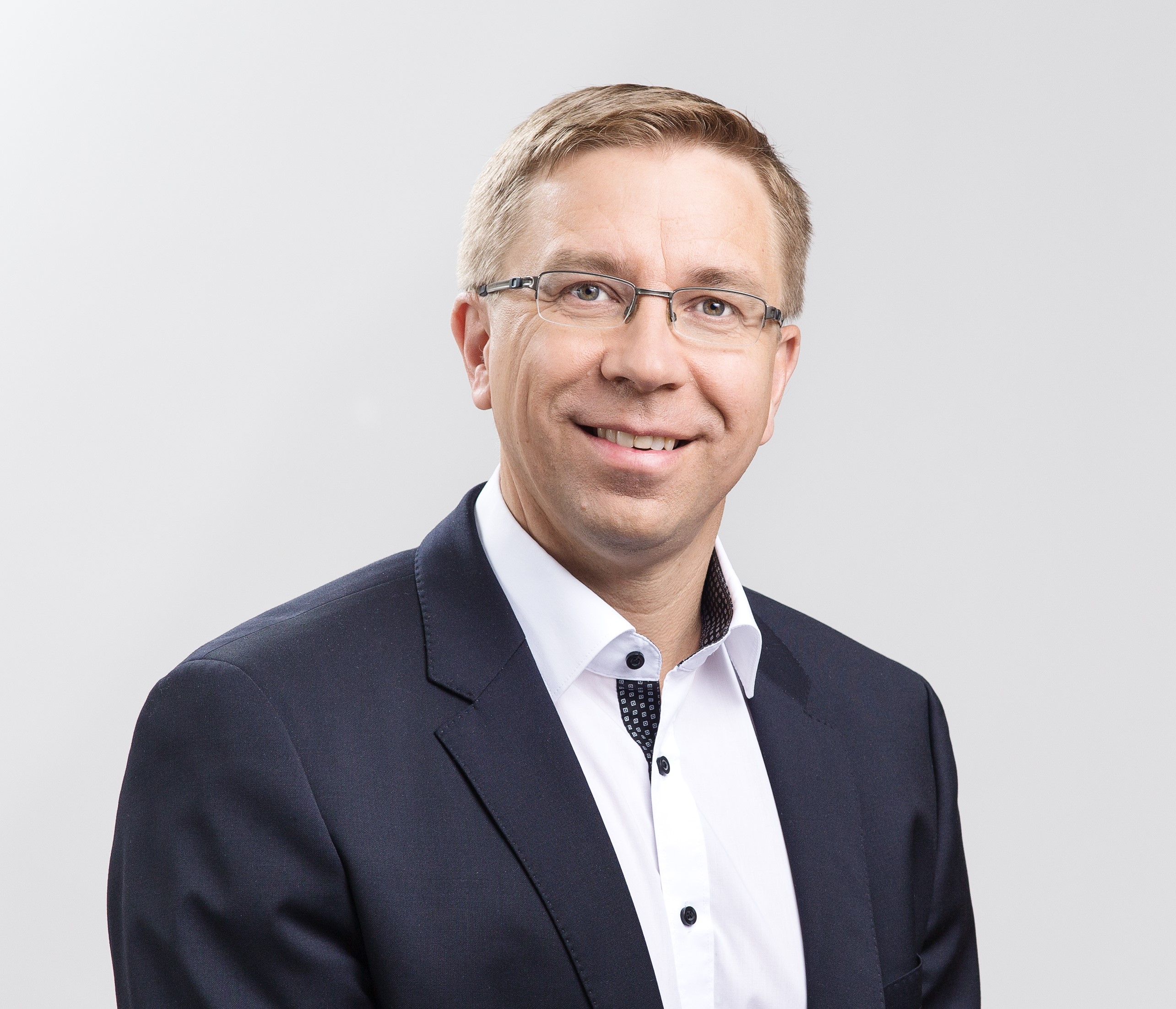 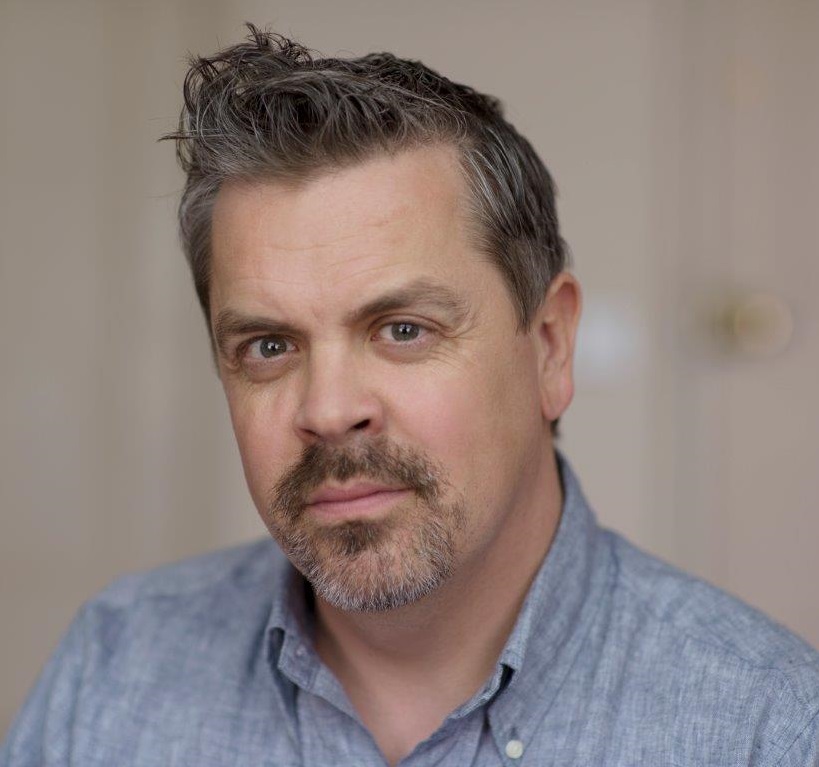 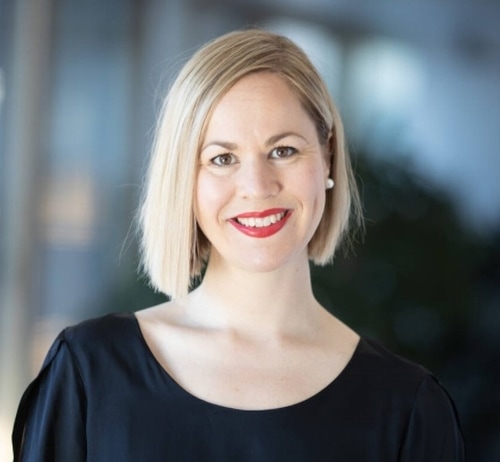 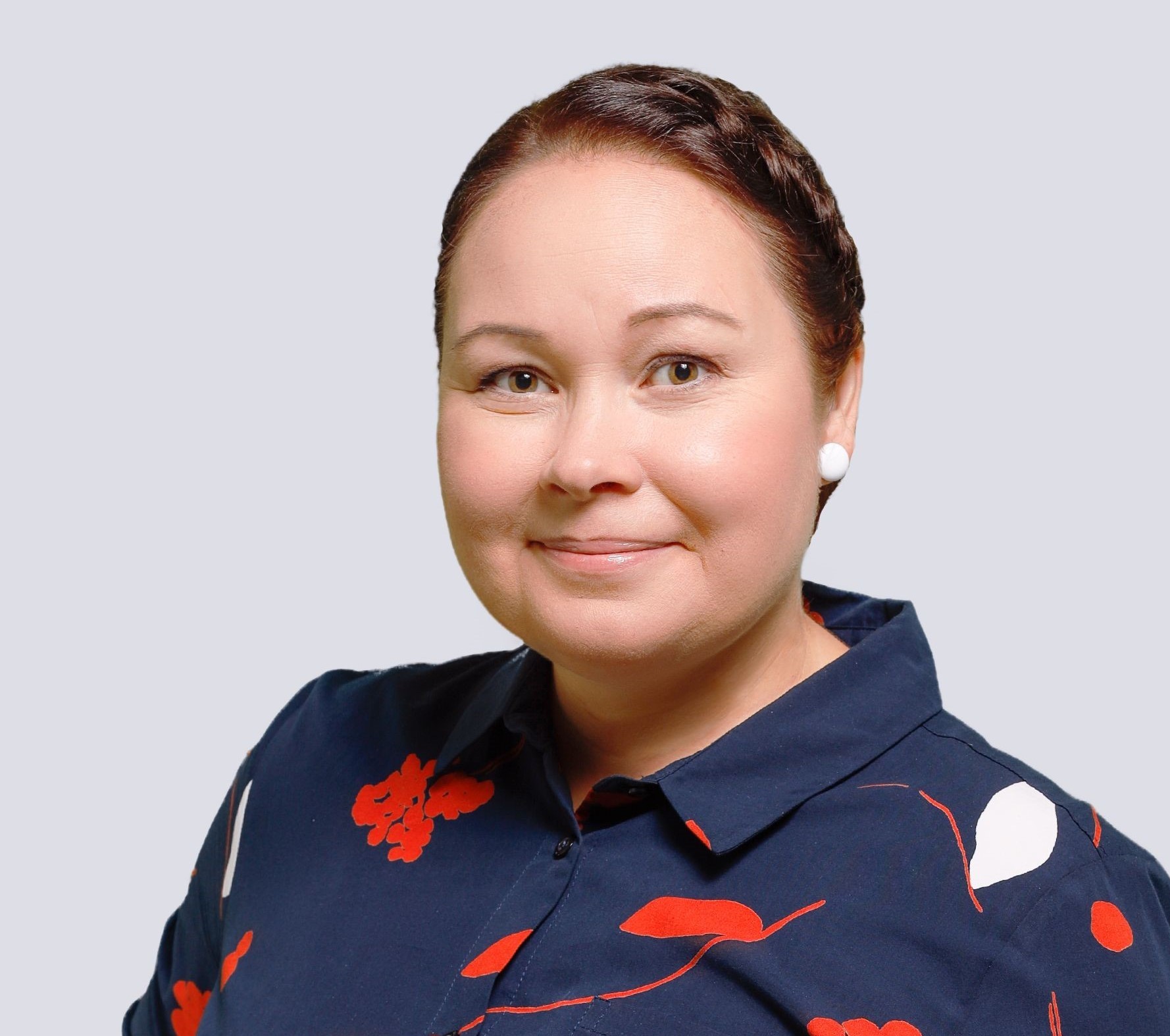 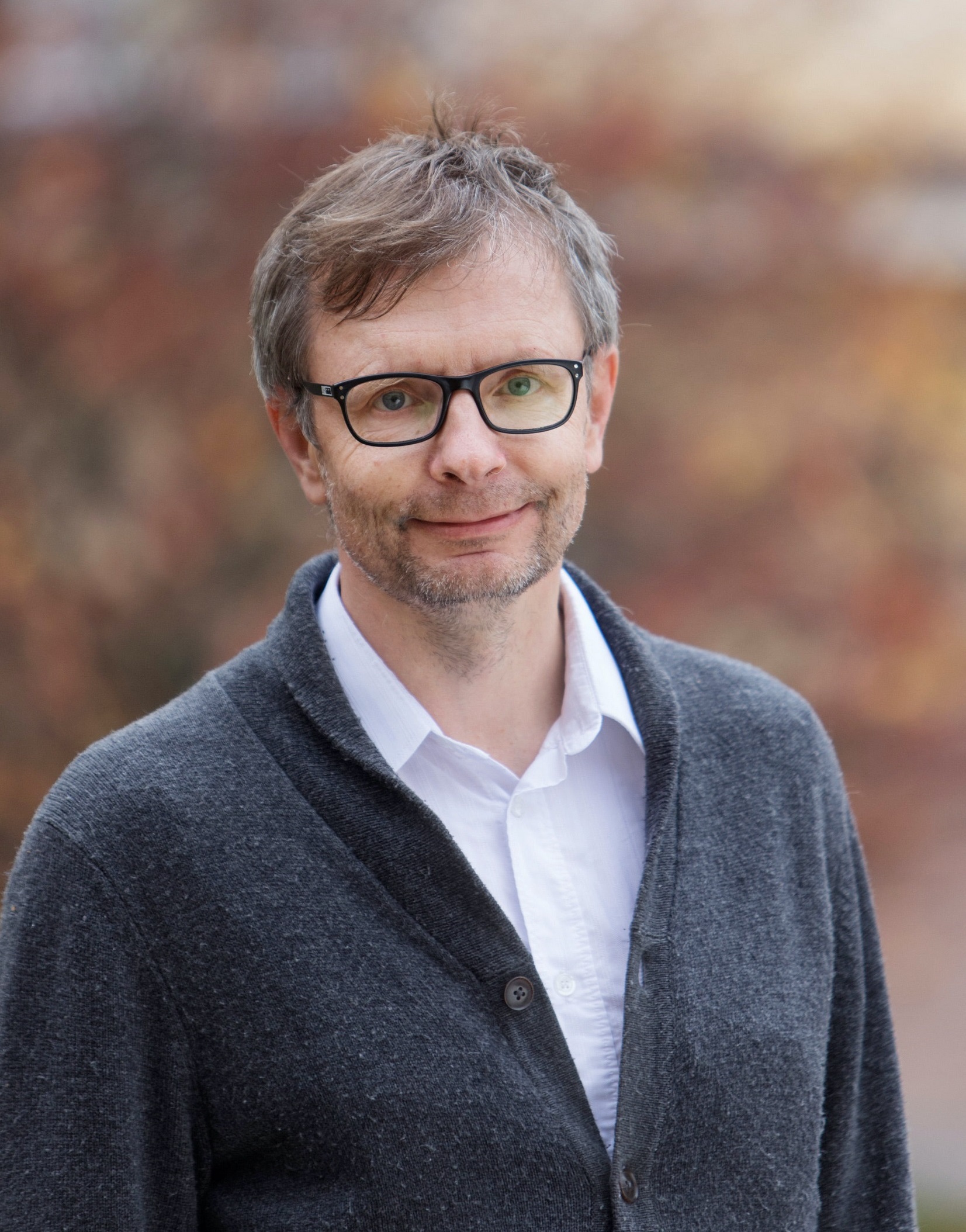 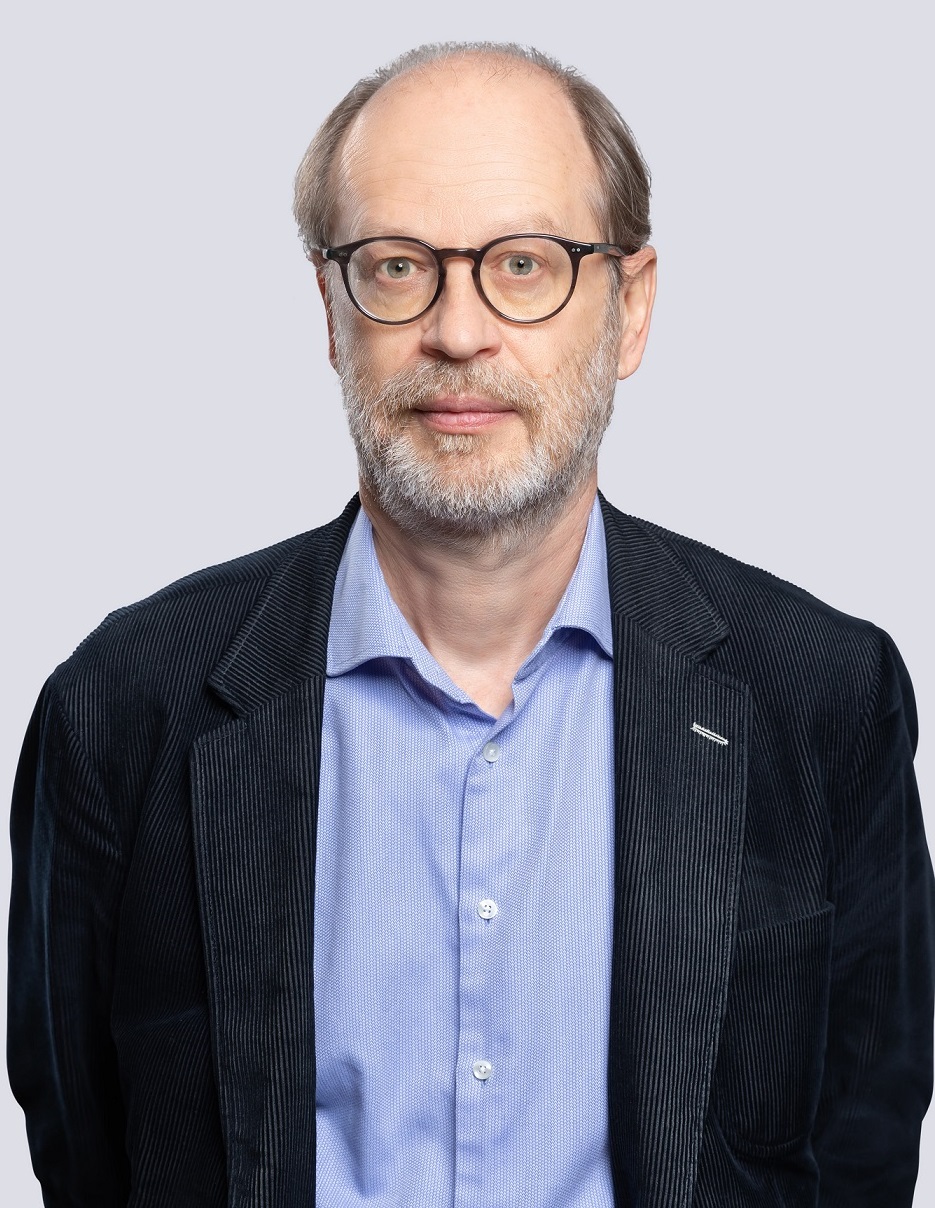 Meet the other speakers 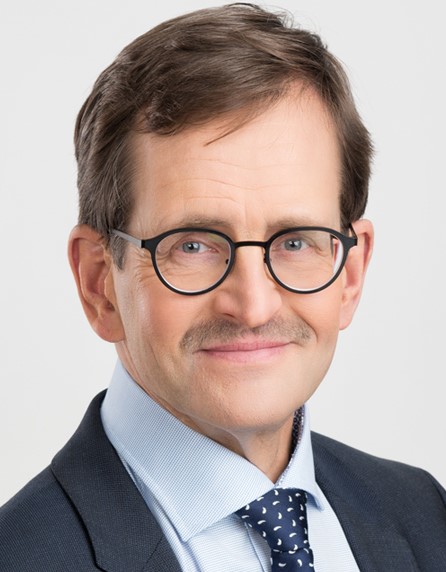 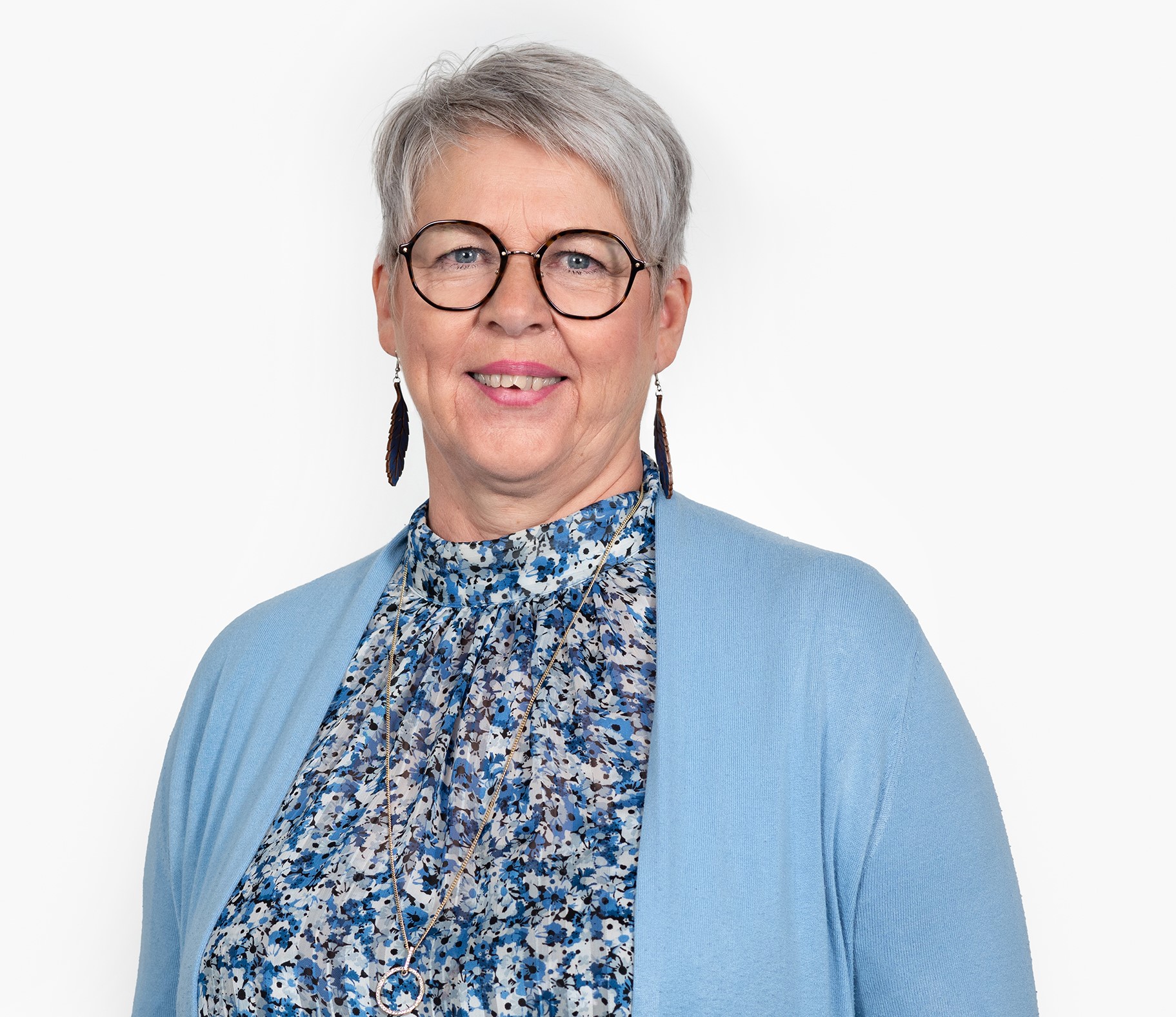